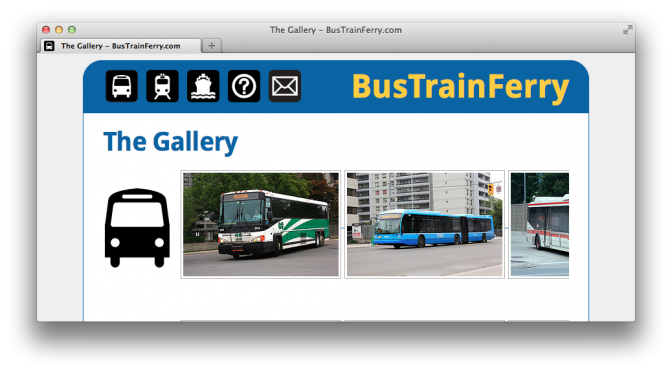 BusTrainFerry.com is my photo archive of my transit photos.  In addition, it hosts a couple of other services for transit enthusiasts including T-Comm.

I wanted to build a site where I could showcase my transit photography.  I was already uploading all my photos to Flickr, however, that was mixed up with other photos as well.  I also didn’t want to add an additional burden of uploading photos to a separate site.  Essentially, I needed something that focused on my transit photography, without requiring additional maintenance.

I decided to use the Flickr API to dynamically pull my photos from my Flickr feed as the data source for the site.  I used the Kohana framework in PHP/MySQL to build the dynamic site.