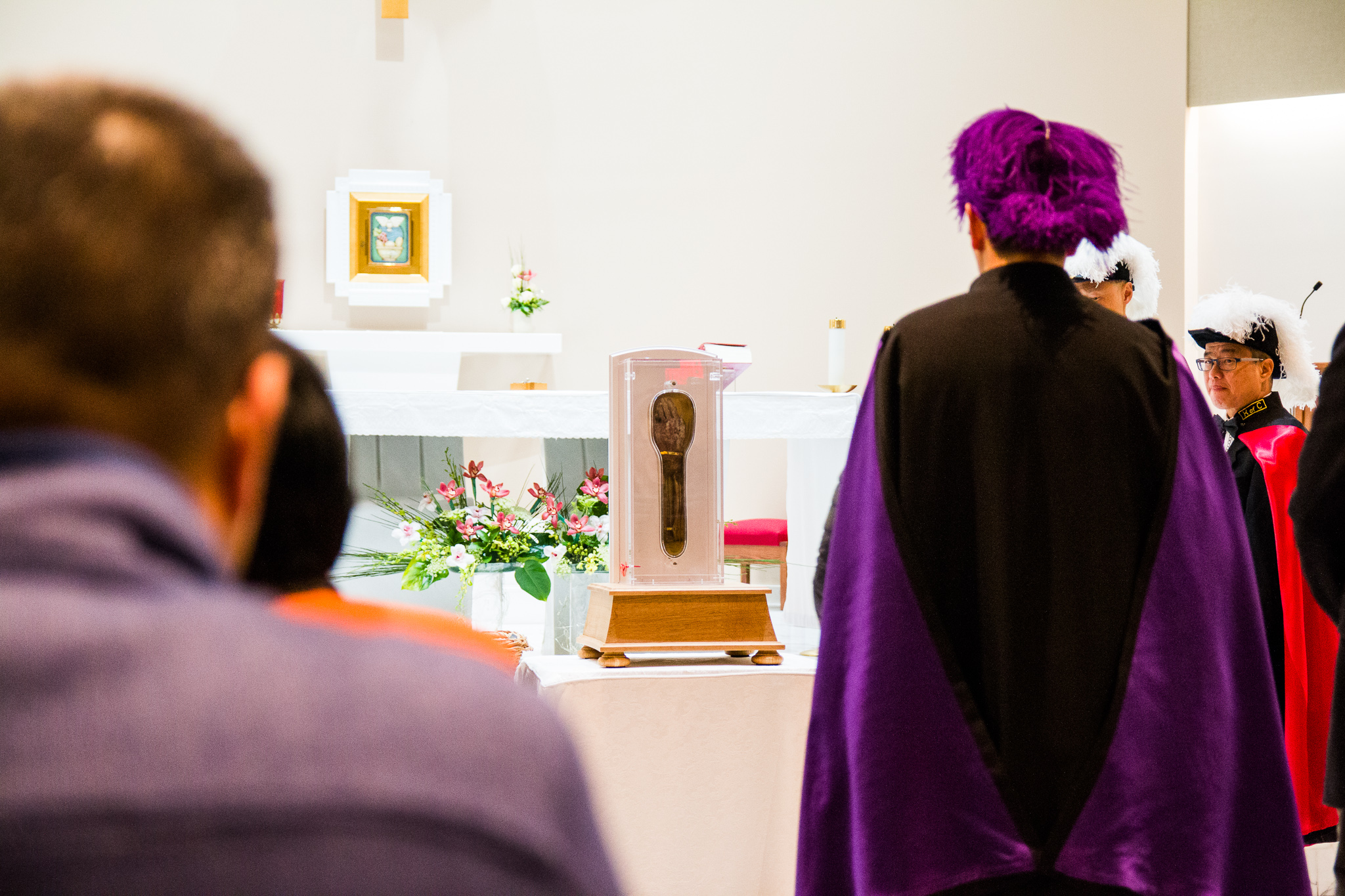 Part of the forearm of Saint Francis Xavier has been making its way across Canada this past month and this past Wednesday it made an appearance at my home parish, St. Francis Xavier Parish in Vancouver.  Normally it’s displayed in the Church of the Gesù in Rome.

Who was Saint Francis Xavier?

Francis Xavier was a Spanish missionary who traveled to numerous countries including India, Malaysia, Indonesia and Japan, spreading the Gospel and converting hundreds of thousands to Christianity.  He was on his way to China in 1552 when he became ill with a fever and subsequently died.

Xavier was beatified by Pope Paul V in 1619 and canonized (full sainthood) by Pope Gregory XV in 1622.  He is known as the patron saint of Catholic missions.