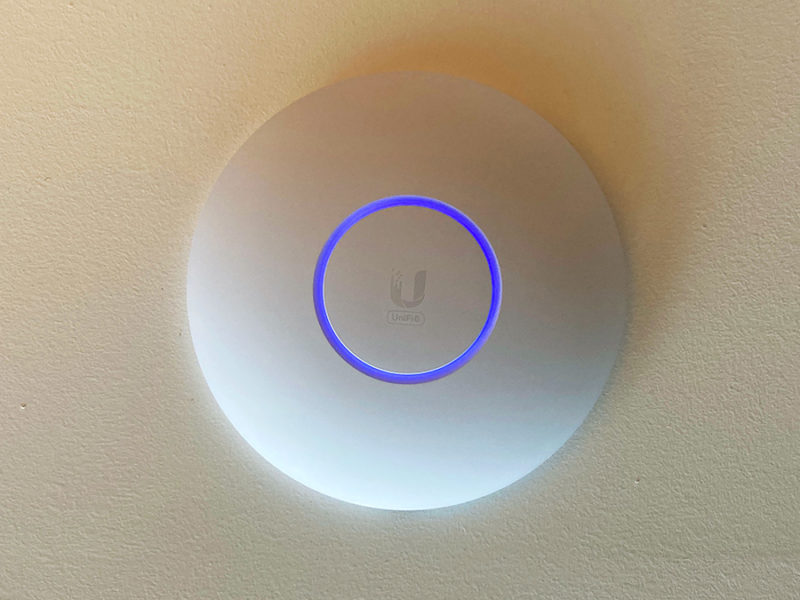 Last year when I moved into my new apartment, I upgraded to a Ubiquiti UniFi Dream Machine (UDM) router to support the gigabit Internet speed I could now subscribe to. Due to the location of the fiber optical network terminal (ONT) in my home, the UDM had to be located in the closet of my secondary bedroom, which is on one side of the apartment. Now while the UDM has a powerful enough Wi-Fi signal that can cover my apartment reasonably, the 5GHz band, is significantly weaker two walls over in my main bedroom. In addition, over the summer I realized that the Wi-Fi was also pretty spotty on my balcony due to also having to cross two walls plus glass.

Although they can be mounted to the wall, the radiation pattern means that the area behind the wall is a dead zone. This would not work for me because I didn’t have a free wall that would face my entire apartment. Soon, I found the best place to ceiling mount an AP would be to mount it on the kitchen bulkhead. The rest of my ceiling is concrete so it would not have been easy to mount and run the Ethernet cable cleanly. With the bulkhead I could mount the AP to it and run the cable through it to the closet, which is conveniently adjacent to the kitchen. My kitchen is also pretty central to the apartment, so an AP located there would be able to cover most of the apartment by line of sight, or through one wall at most.

Just to make sure it was feasible, I popped out some of the recessed ceiling lights in order to take a look at what was inside the bulkhead. This was to check that the space I wanted to mount it was clear, and that the bulkhead did indeed run into the closet without any additional barriers.