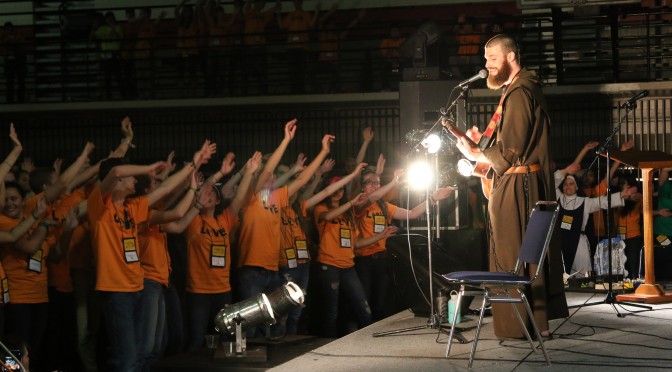 Two weekends ago, I co-chaperoned four youth from our parish on a trip to Ignite Your Torch NW, a Catholic youth conference held at St. Martin’s University in Lacey, WA.  I thoroughly enjoyed the experience, and this blog post documents a bit of that.

The day started with the drive.  Border lineup wasn’t too long, and there wasn’t any issue crossing (much easier than I expected).  After fuelling up, we started down the I5.  Traffic was a bit slower going approaching Seattle.  We stopped at the Panera Bread at Tacoma Mall for lunch.  By the time we left Tacoma Mall, we were about half an hour behind plan but that was fine as we still arrived at St. Martin’s University within the registration time.   The drive was great, but note to future self: put on sunscreen before driving.

The main event in the evening was the candlelight Rosary procession.  We processed around the campus and ended at the grand staircase.  Turns out, it is quite difficult to keep the candle lit in one hand while trying to block the wind with the other and also handling a Rosary at the same time (and trying not to melt it).  Add in walking in the dusk and praying to the multitasking list.

The bulk of the second day was workshops by various speakers.  There were a total of six workshop timeslots, each with ten options to choose from.  The topics were much more diverse than the ones at our local Youth Day event.  Most of the speakers were very engaging and brought the information to a level the youth would understand, so I’d say they were chosen and prepared well.

In the evening, we had an hour of adoration.  In addition, there was individual benediction, which was quite a unique experience. 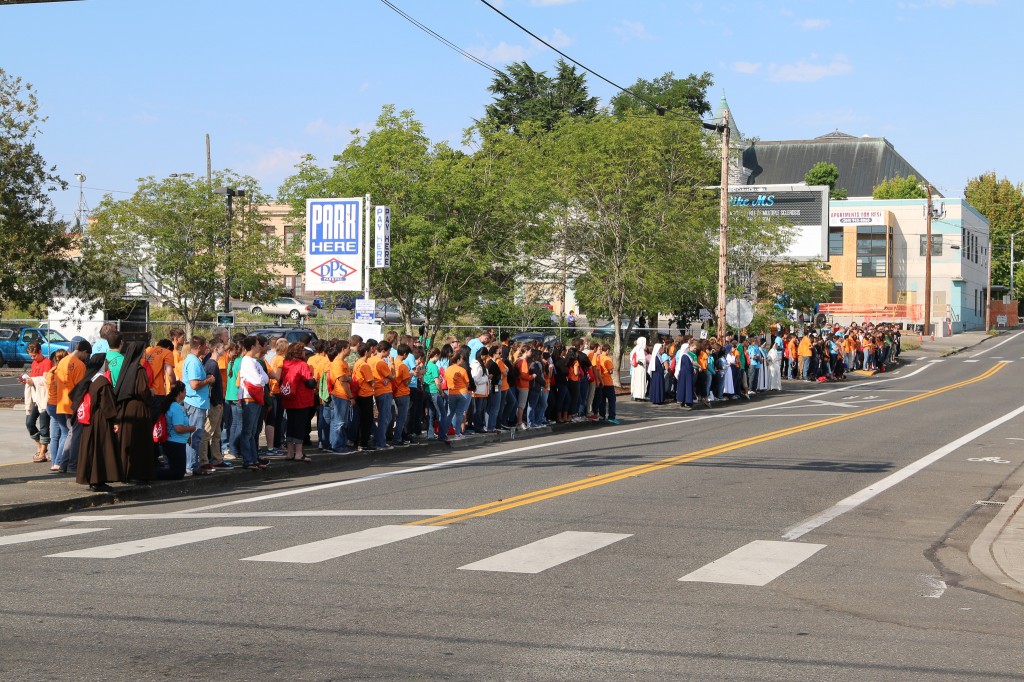 In the early morning we boarded a convoy of eight school buses that took us to our pro-life prayer vigil in front of the Planned Parenthood abortion clinic in Olympia, WA.  We lined up along the entire block across from the clinic and prayed the Rosary and Divine Mercy Chaplet.

Brunch was eaten on the bus.  When we returned to the campus, we had our last two workshops, then lunch.

During recreation time, we learned how to make rosaries by tying knots on one long cord.  It took me a good 45 minutes to do my first 3 knots, but I was able to finish it off before bed after getting the hang of it.

The highlight of this night was the talent show by the religious priests, brothers and sisters, and The Thirsting‘s concert.  The Thirsting band was present throughout the conference and played awesome music to re-energize us each day.

There wasn’t too much on the last day.  We packed our stuff, and had our final keynote and small discussion groups.  We had our Mass and then were dismissed.

Traffic was quite heavy going into Tacoma, so it probably would have been advisable to eat lunch before leaving Lacey.  We ate quite a late lunch at Olive Garden in Tacoma before heading north on the I5.  I took the I5 express lanes through Seattle because why not.

After about a 45 minute wait at the border (which is normal for a Sunday night), we were back in Canada (despite being hours late)!  As it was getting late in the evening, food was a very good idea (thanks to the Chans).

One of our youth who went last year described Ignite Your Torch as ‘Youth Day × 4’, and that was the expectation I had set for myself prior to Ignite.  After attending the conference though I think it could even be described as (Youth Day)4.  There are so many things that can are done within the four days that amplifies the effect of the conference compared to a one-day event: the youth being able to build relationships with the numerous religious who were present and also with other youth from different parishes, the larger selection of workshops, the trip to the abortion clinic, the band throughout the weekend, key events in the evenings, and general sessions.  I am grateful for the opportunity to attend Ignite this year; it was an amazing experience. 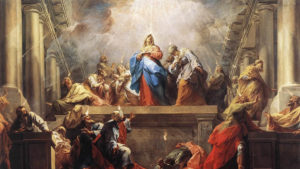