I can’t believe it’s September already.  The weather is starting to become cool and wet, days are becoming shorter, marking the end of what has been an incredible summer (and year to date).  It’s been a while since I’ve written here, so with the changing season I thought I’d share a bit of an update of 2016 so far.

Some of these warrant their own blog posts, but until I have time to write the full thing here is a summary.

Working at A Thinking Ape

At the start of the year I transferred teams at work from maintaining the live games at A Thinking Ape to working on a new game in development.  This change has given me the opportunity to try out Unity, one of the most popular game development platforms, and to learn a new programming language: C#.

In addition, over the summer, we moved offices to a much larger office near Burrard Station and the central business district (CBD).  I sort of miss the old cozy office, Gastown touristy atmosphere and the steam clock, but I have found the CBD offers its own liveliness and feel.  The office itself is pretty much better in every single way.

2016 has also been exciting from a transit fan’s viewpoint.  A fleet of 21 articulated diesel-electric hybrid New Flyer Xcelsior buses hit the streets in Surrey and Richmond earlier this year.  In addition, a fleet of 40 standard-length diesel Xcelsiors are also making their way onto Richmond routes since the summer.

Hamilton Transit Centre started operations just this weekend, which brought a shuffling of buses around the Burnaby/New Westminster/Richmond.  Richmond is losing some of its oldest New Flyer low floor buses to Hamilton.  Novabuses are invading Richmond (noo!).  But on the bright side, compressed natural gas buses are now serving Burnaby and Richmond.

On the rail side, we saw the new Mark 3 SkyTrains being put into service just a few weeks ago.  These are fully articulated vehicles (i.e., you can walk through all four cars of the train), have larger spaces for wheelchairs and bikes, and seem to be quieter.

Over one weekend in May, I created two small web tools for Catholics.

It’s unfortunate that there’s no free app or intuitive way of looking up paragraph numbers or searching the Catechism of the Catholic Church (CCC).  I believe this is mostly in part due to the copyright of the text and the difficulty in getting a license in order to display this.

In order to get around this, my site presents a simple search box to look up either the paragraph number or text, then redirects you to the appropriate page of the CCC on the St. Charles Borromeo site.

The Archdiocese of Vancouver has its own Mass finder, but it doesn’t make it easy to search for a Mass by your current location on a map.  So I have made a map-oriented Mass finder, with easy filtering options which also shows a list of the closest Mass times and their distance from you.

The highlight of my summer was spending two weeks in Poland for World Youth Day (WYD), an international gathering for Catholic young adults.  Although this was my second WYD (my first was in Madrid, 2011), it was my first time participating in the Days in the Diocese program, as well as the overnight vigil before the final Mass.

The first week was spent in Warsaw, where we stayed with host families and encountered the Polish culture.  The second week was in Krakow, where the main World Youth Day events were held.  I had an awesome time and at some point in time I will definitely write a longer blog post about this.

So that’s it for now, a summary of the summer and the year so far.  I hope to have some time in the near future to write in detail a few of the things above. 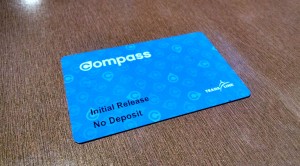