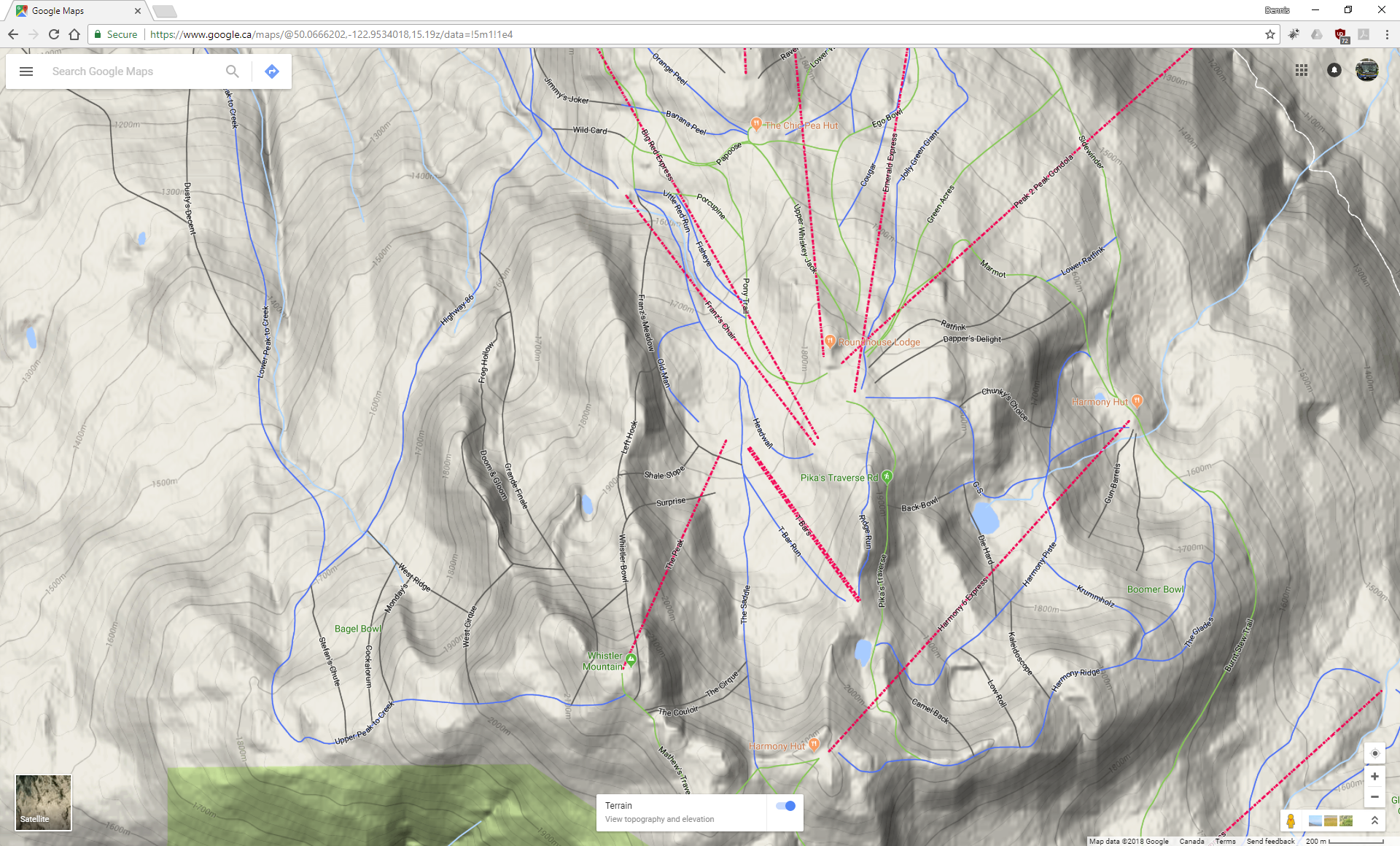 Whistler Blackcomb is pretty big, so one would usually look at a map to find suitable runs.  What is provided in the “Mountain Atlas” looks nice and mostly works, but for map geeks is there anything better? Turns out that Google Maps conveniently has the ski runs in its map.  But there’s more: Google Maps in Terrain mode shows the contour lines like a topographic map! 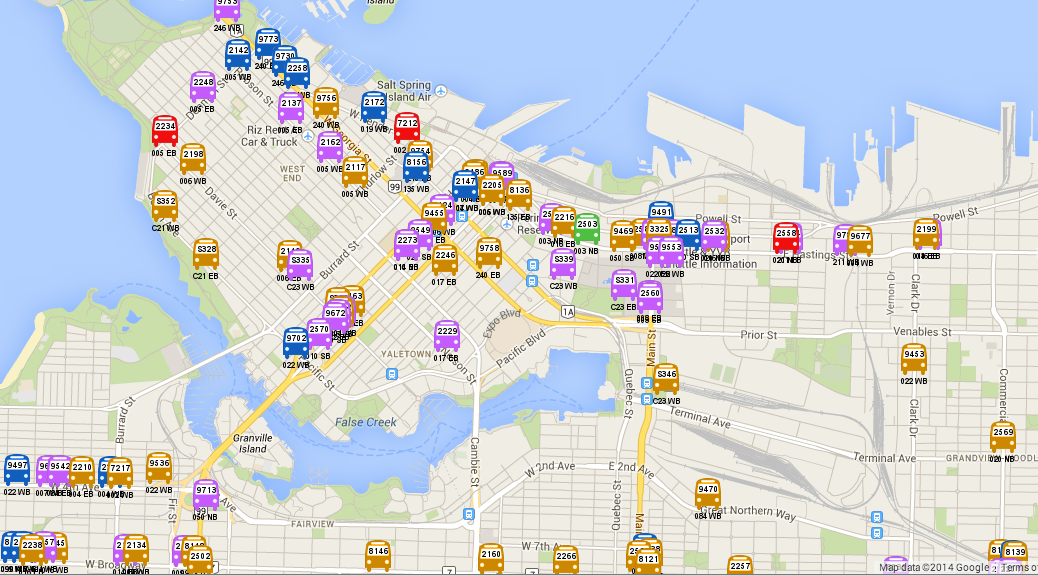 Earlier today, a few local blogs mentioned my T-Comm website (a live map of all the buses in Metro Vancouver): This real-time Vancouver bus tracking map is pretty obsession-worthy (Vancouver Is Awesome) Vancouver bus tracking map allows you to track movement in real time (Vancouver Courier) This map will tell you where every public transit bus in Metro Vancouver is (Urbanized Vancouver/Daily Hive) The site wasn’t really designed for day-to-day navigation, but more for transit enthusiasts who are looking to find specific buses (e.g., the double decker test buses we have on the streets right now, 1008 and 1009).  In Continue Reading 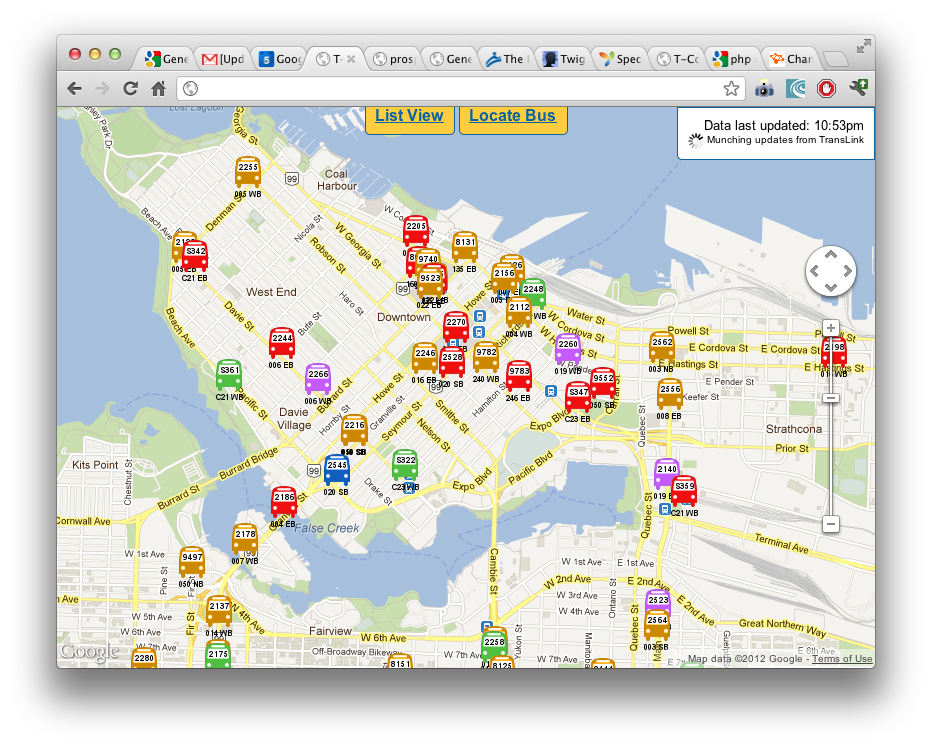 Since TransLink released their new mobile Next Bus site with real-time GPS updates of bus locations, I’ve been trying to find ways to get the data and rehash it into something that  Metro Vancouver transit enthusiasts (more specifically, enthusiasts who chase buses and monitor the transit system’s operation) will find useful. There were two main shortcomings of TransLink’s site from the viewpoint of a transit enthusiast: Can’t search for a specific bus.  Often times transit enthusiasts “chase” a particular bus, usually a new bus, a fresh bus after a midlife refurbishment, or a bus with a new advertisement wrap. Can’t Continue Reading