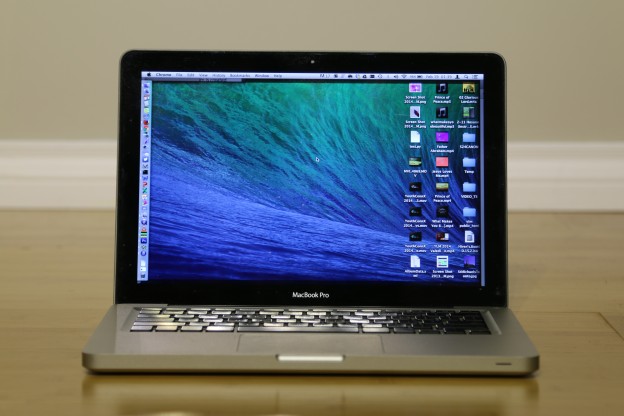 I bought my MacBook Pro back in 2009.  It was a Mid-2009 (2nd generation) version with a Core 2 Duo with the basic 2GB of memory and 250GB hard disk drive.  I chose Mac because of many reasons; here are some of them, ordered by what I thought most important first:

The MacBook Pro is an awesome work horse, able to do pretty much do everything I threw at it: homework, programming various things, projecting, editing photos and videos.  It has been my primary computer for the past 4.5 years, and having replaced the battery last year I think it could probably last for another couple of years.  I’ve slowly upgraded the hardware to max out 8GB of memory and settled with a Seagate 750GB Momentus XT Solid State Hybrid Drive, which fit the bill of having a large storage space while having slightly better performance with the flash cache.

I had hoped that Apple would be producing this line of MacBook Pros for a bit longer so that when my current one dies, I’d be able to replace it with another.  However, after surfing the Apple Store recently, I realized that my presumption may not hold true much longer.  There’s only one model of the 2nd generation MacBook Pro left and it hasn’t been updated since 2012.  The rest of the MacBook Pro lineup consists of retina display models.

I wouldn’t really call the new MacBooks “Pro”.  In my opinion, the current Retina MacBook Pros should just be called “MacBook with Retina Display”.

Yes, I realize that down the road (even currently) probably people don’t need a network port, optical disk drive, or upgradable parts, but those people are probably not “Pro” users.  That is exactly the reason why I think the current Retina MacBook Pro should be renamed as “MacBook”, and that the MacBook Pro lineup continue to be refreshed.

What I would consider a real MacBook Pro would be one with the 2nd generation hardware (retaining the ethernet port and optical disk drive) updated with an Intel Haswell processor and retina display.  Now that would be something I would find worth buying.  Basically, if Apple took the old MacBook Pro line and refreshed it with a new processor and a retina display, that would be the perfect computer for me, and I’m sure I wouldn’t be the only one buying it.

2 thoughts on “A real MacBook Pro”