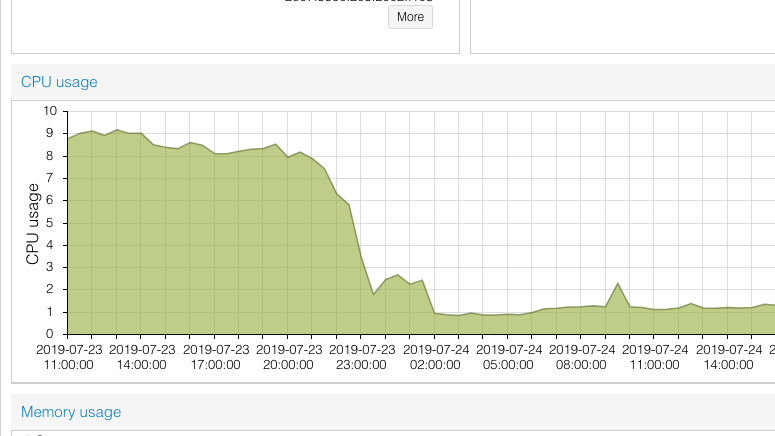 I’ve been running my “T-Comm” Bus Locator website for over seven years now. As a quick recap, on the backend, it’s a procedural PHP/MySQL website, kind of a typical thing one would see of PHP development circa 2000s.

Last night, I set off to find a quick way to optimize this, without having to rewrite the entire system (which arguably it sort of needs, but that’s for another day). From a cursory at the system resources using tools such as htop, it was pretty obvious that the bottleneck was on the MySQL database and its reading and writing to the relatively slow hard disks.

There was a lot of data from the GTFS schedule information which was being queried for every bus on every location update. This included getting the geographic coordinates of the route the bus was on, the stops along the route, and figuring out when a bus’s day starts and ends.

Since all of those are static data (meaning it doesn’t change—except four times a year) and that the data would likely be needed for as long as the bus is on that route or out that day, these are good candidates to cache in memory so that it doesn’t need to be queried from the database every time.

I chose to install Redis, a service which can store different data structures in memory, and the phpredis module for PHP to interact with Redis. Although Redis supports fancy data types such as lists, hashes, sets, and some cool sounding things like HyperLogLogs, for my purposes though, I only needed the basic “set” and “get” functions.

I’m not going to post any working code samples, because as I mentioned earlier, the code I’m using is quite dated and somewhat embarrassing, but here’s the pseudocode for the idea behind the read cache:

After – With Redis cache

There isn’t a standard way to update multiple rows with multiple different values. However on MySQL specifically (and derivatives like MariaDB), it’s possible to do an INSERT ... ON DUPLICATE KEY UPDATE which basically is a “create or update” or “upsert” command. This relies on having at least one unique key (primary key works too) included in the query.

This concept only works if it’s not necessary to care about whether the rows are being inserted or updated. If the intention is that rows should only be updated and not created, then this kind of query will not work.

Combining these two optimizations, the time to process the bus location updates dropped from about a minute or two down to a few seconds! CPU usage no longer significantly increases during the daytime. The tradeoff is that Redis uses about 50-150MB more memory throughout the day, but on my server I have quite a bit of free memory so that’s not really a problem for me.